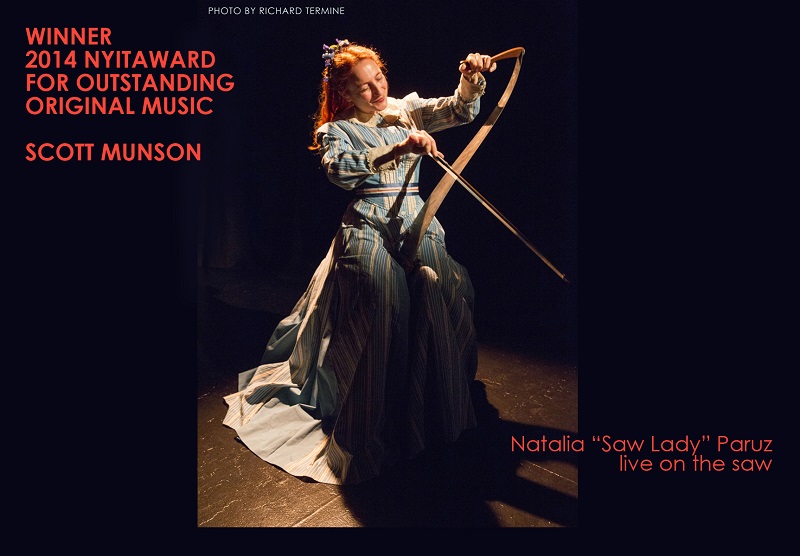 The music of this Off-Off Broadway show, composed by Scott Munson, won the IT Award given by the New York Innovative Theatre Foundation.
In the play 'Saw Bones' by Carrie Robbins the musical saw is a feature instrument, accompanying the action on stage. Saw Lady, dressed in Civil War garb, also had a small acting part as well as playing the musical saw.